Interlude: Have I told you how much I love Andrea Cremer?

Because I do! Her Nightshade series is absolutely brilliant, with the trilogy and the prequels (that I'm still saving money for but they're undoubtedly brilliant). Then there's Snakeroot coming up, telling the story of Adriane after everything happened. I can already tell it's going to break my heart and then fix it.
And then there's this. 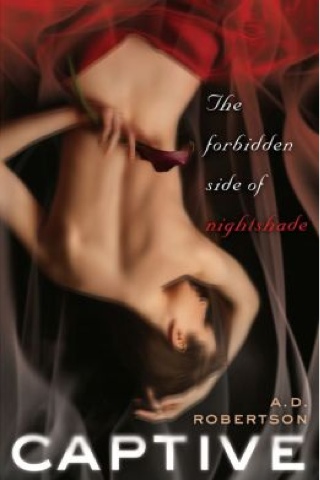 The first adult novel set in the world of the New York Times bestselling Nightshade series, Captive delivers a steamy, forbidden romance between sworn enemies drawn together by an irrepressible desire.

Twenty-five-year-old Tristan Doran enjoys a life of incredible power and privilege. As a direct descendant of the Keepers—witches who have embraced dark magic—he defers to no one but his overlord, Lord Bosque Mar. For most of his life, Tristan has been kept out of the centuries-old Witches War, his bloodline too valuable to risk in battle.

But when a beautiful, young human Searcher named Sarah is captured and made a prisoner in his Irish castle, Tristan’s infatuation with her flings him headlong into the fray. Captive and captor, unable to contain their longing, embark on a passionate, forbidden romance together—only to learn that their love is at the heart of a prophecy predicting the downfall of the Keepers’ ages-old reign.

The author's A.D. Robertson, but it's still the talented Cremer. She says the name-change is because the book isn't really kid-friendly in the same way the other books were. And I'm okay with that. The author's name doesn't really matter nor does it if the book is adult or YA. I'll read anything good. The change just means I really have to try my best to remember what to look for.

And because even I needed a reminder, have Snakeroot: 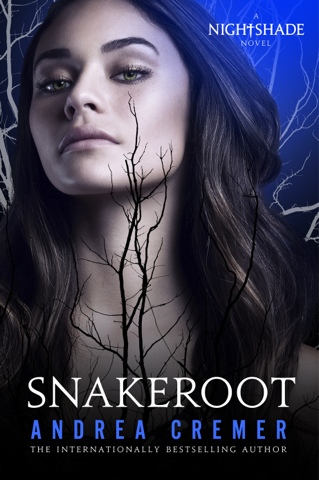 Snakeroot focuses on Adne's struggles to adjust to the post-Witches War world of the Searchers. She's plagued by disturbing dreams and visions, all of which draw her to the gardens of Rowan Estate. The cover image perfectly depicts the way in which Adne has become entangled by her own turbulent emotions and an encroaching dark magic.

Ariadne is one of my favorites (well I love almost every character in the books) so I'm super excited to get to go deeper into her head!

With these two and the House of Hades excitement, I think I have some pre-ordering to do..