Now I Know (The Rising by Kelley Armstrong) 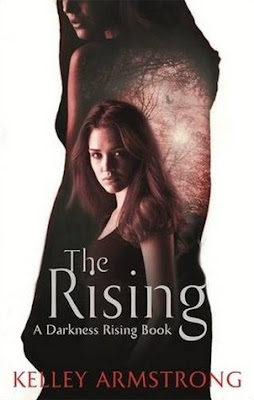 Review of
The Rising by Kelley Armstrong

Maya Delaney is a skin-walker - a supernatural who can "Shift" into the shape of a cougar. But her gift comes with a terrible cost. With every transformation, she risks losing  touch with her human nature - for ever.

Maya and her friends are on the run from the people who experimented on them and transformed them into supernaturals in the first place. They know they must confront their enemies if they are to have any hope of a future. In order to succeed, Maya will need to use her dangerous, unpredictable powers - but the price of freedom could be too high a price to pay...

Oh, yet another review I've rewritten several times because I wasn't sure if it was good enough. Well, here goes.

I was super excited at last to get my hands on this book. But I have to say, it wasn’t really what I’d expected.

The book is like a ping pong ball. Weirdly enough my favorite in the series is the previous book, which was so tightly packed and moved fast and was evenly paced. This one bounces around a little more, which sort of makes sense because it is about running from danger and getting thrown around. But it wasn’t always exactly a pleasant read. It did keep me reading, but at times I was feeling a little like things should stop and we should focus on a certain aspect for a little longer. You always want to have longer moments and more details, but this felt like it would have improved the pacing or made things impact more.

That could be because of Maya. Her narrative is the biggest difference between her and Chloe. They have a lot of similar qualities, like wanting to do the best thing for everyone. But then, Maya’s more independent, she’s used to being the best and being allowed to go her own way. She’s used to others following her but she’s not quite obnoxious about it, it’s just the way things are for her. She does admit at some points that she isn’t the best and some of her actions toward others weren’t exactly fair. She does what’s best for everyone, but she’s used to doing things her way and knowing the best way to do it. She also uses a lot of explaining in her narration: she goes over them for the reader instead of us witnessing them as she experiences them or thinks about them. It’s quite peculiar and a part of me likes and then again another part of me likes the in-control and taking-control Maya so much that I wish I’d seen more of her doing the things she tells about.

Now, one of my biggest problems with this book is the relationship between Daniel and Maya. This could be spoilery. But pretty much, the book looks at them with this look of “will they won’t they” and a lot of characters echo that. I mean, the story has been inching towards that for the past two books, but it really picks up in this one. This is just a personal opinion but I so have a problem with “best friends turned lovers” -thing. You really, really have to sell it for me in order for it to work. But I have to admit, Armstrong really does sell it well. I think a re-read will settle this matter for me, but hey.

And that brings me back to a previous point, about Maya’s narrative style, where she recaps things. The last few parts and epilogue are pretty much just her recapping and explaining things. That got a little heavy after a moment and also really pushed it home that the ending came a little too fast. I would have wanted to see so much more about the characters. Though, that’s always the case with books that we love, isn’t it? We can never have as much of the characters as we’d like.

But I do have to admit I just adore how these two trilogies work together - they sort of reflect off of each other. In Darkest Powers, the dangers are so much different, because the kids are far less experienced and are completely out of their league. But in Darkness Rising, the kids have almost been trained for this, they actually manage to do stuff that DP's kids never could. And just seeing all of the characters on the same page is pretty wicked.
The way there is this big, evil puzzle that the books form and how while the puzzle is done even with the other series, without the other series the puzzle is still somehow incomplete. Okay that just sounds complicated. But these trilogies are pretty much each other's opposites. And that's what I like about them.

I’m afraid that the things I’ve said have made it sound like I didn’t like this book. But that’s not the case. But I liked the other books so much more, that comparing this to - for example - the previous one makes all those things just stand out. I really love the way Armstrong writes, with small details that are important and don’t make things heavy. So really, some parts did feel like something was missing, that something had been dropped out. But I still love this book and especially how the series tied these two series together.

Final thoughts: No matter what it might sound like I liked this series. The Darkest Powers just might be more of a favorite of mine right now, but this series is definitely worth several re-reads. It didn’t tug on my heartstrings as badly as the other one did, but re-reads might change that.