Hello again. It’s been a while mainly because of my work: I’ve been doing really long hours, from 10 am-8 pm and have been so tired.

And I was waiting for these books for two weeks (goddamn post office) so now that they’re here, I am bursting with love for them!

Also, these books have a very similar theme. I was feeling romance-y and you can tell when you look at my book choices.


First package reveals Patricia Briggs’ Cry Wolf, the first in the Alpha and Omega series. I don’t know if you can tell but the cover is so very pretty in real life. It’s amazing, I actually gasped out loud when I opened the package. 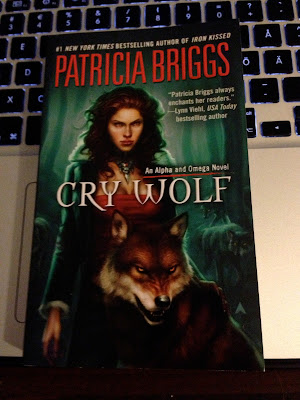 I was thinking if I should read the short novel first, but after reading the excerpt, I was pretty confident I could go into the book without that. I don’t know, I just wanted to go with this book first and so I did. I do believe I’ll at some point buy the short story, but we’ll see.

So excited, because you know, Briggs is amazing. I read the first in her Mercy Thompson series and I adored her style. 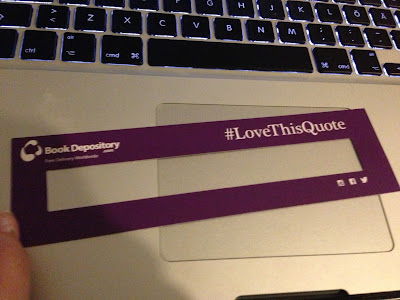 The first book also had with it Book Depository’s new bookmark, quotemark bookmark. Pretty much it has a hole in it so that you can hold it over the quote and take a picture of that and then post it with the hashtag #LoveThisQuote.

I pretty much adore Book Depository’s bookmarks already, but this is just so cute and a fun idea. I love the color of it!

Read more about it at bookdepository.com/quotemark 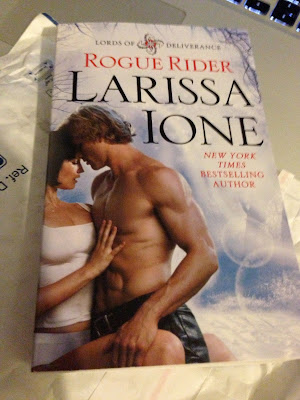 Larissa Ione’s Rogue Rider! I admit to being a little doubtful about Lords of Deliverance mainly because none of the characters grabbed me like the Seminus brothers or their ladies did in Demonica. But I did end up addicted and I am itching to see how things are solved and what twists she has in store. As always Ione is an amazing writer.

But not to point fingers but the cover is so, so very bad. It is atrocious. It’s pretty much the stereotype of a “soccer mom/chick lit/harlequeen romance novel” or something. There’s absolutely nothing good about this cover. I usually want my covers to catch my attention, but let’s just say that I’ve read enough bad romance novels as a kid that had this cover, so I’m just going to ignore it.

And with it came another quotemark. If there’s one in each of these, I will laugh so loud.

Larissa Ione’s Lethal Rider. Wee! The second one left Thanatos and Regan (who are stupid stupids) in a... bad situation. Yes, let’s call it that. I am extremely curious what will happen. Amaze me Ione! 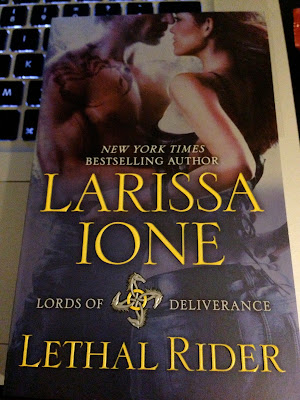 Kerrelyn Sparks’ The Undead Next Door. I adore her Love at Stake series, it’s so tongue in cheek sometimes and it doesn’t mean to be overly serious. It’s just a great big ball of fun. But I’m a weird person and am reading it in the wrong order, so we’ll see when they come up on the blog. 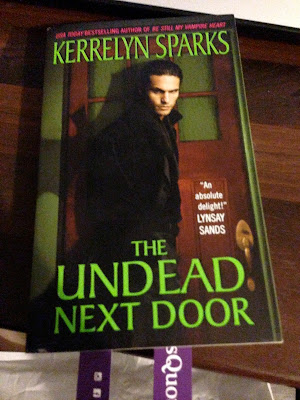 Fifth book: (This is the point where I forgot what books I’d ordered so it got really interesting.)

Nalini Singh’s Angels’ Flight, a short story collection from Guild Hunter universe. So excited! I’ve read the whole series now and the wait for Archangel’s Legion and beyond is nerve-wrecking. 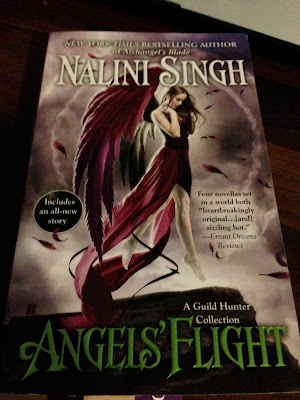 And look at the pretty, pretty cover! It’s amazing! Sadly, the picture of it is not as amazing. I swear, the lighting in this house.

(Fifth quotemark. Bets on the last one?) 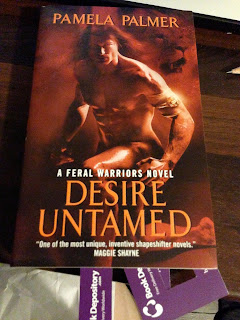 Pamela Palmer’s Desire Untamed. Now, the cover is a little eeh, so I didn't bother with a fancy picture. But the way the series is described on her site gives me Guild Hunter/Demonica/Black Dagger Brotherhood feels, so I wanted to give it a try. Curious and nervous and excited. Hopefully this won’t be a let down.

And to compensate for the one book that had no bookmark, this one has two quotemarks! I did laugh out loud.

So that’s it. I’m not sure which I’ll read first because so many goodies, but keep your eyes open and on this blog! 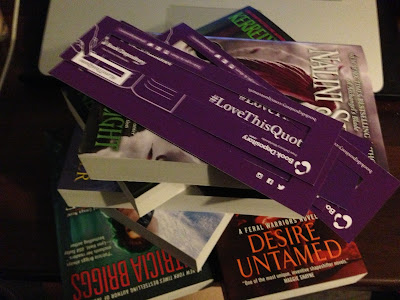